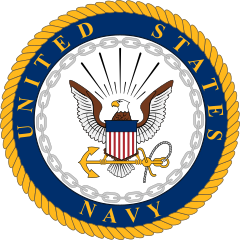 Alan Gerard served in the Navy for 30 years and retired as a Captain from the Navy Reserve. He spent 15 years on active duty flying the E-2C Hawkeye, with a stint flying the A-6E Intruder and EA-6B Prowler. He deployed on multiple aircraft carriers in support of operations around the globe including JOINT GUARDIAN (Bosnia and Herzegovina), DESERT SHIELD (Kuwait) and SOUTHERN WATCH (Iraq). As a reservist he mobilized to Kuwait and then to Afghanistan for operation ENDURING FREEDOM. He is a United Airlines pilot and is the Commanding Officer of DEALEY Division U.S. Naval Sea Cadet Corps.